There are twenty-five stories in Generation, David Gerrold and Stephen Goldin's 1972 anthology of stories by writers lauded as "the most dazzling new stars of science fiction."  Some of these "stars," like Gene Wolfe, Barry Malzberg, Piers Anthony, the mysterious James Tiptree, Jr., and Chelsea Quinn Yarbro, went on to have careers highly successful critically and/or commercially.  Others are people I rarely or never hear about.  Let's check out six stories by those relatively minor writers.

The wife and I were recently in Dayton Ohio, at Carillon Historical Park, where you can see old locomotives, a plane built by the Wright brothers, lots of old cash registers, and that sort of stuff.  They have an exhibit on World War One which includes a Lewis gun and a 3-inch field gun.  Worth a few hours if that is your thing.

Anyway, the title of O'Neil's story brings The Great War to mind, and, like the song for which it is named, the story is about people who are changed by contact with the big city and with war.  As he does with the title, O'Neil fills the story with literary and historical allusions; Virgil, the Bible, Dylan Thomas, etc.

It is the post apocalyptic future!  Near a ruined city, a tribe lives simply and primitively, having sworn to eschew the evils of the past: the Democratic and Republican parties, TV, booze, etc.  Our protagonist, Norman*, is about to have sex with his cousin Tresa when a Volkswagen microbus with a computer brain kidnaps her and carries her off to the city.

Our hero spends a year reading the forbidden books (combat manuals with silly titles-- this story is supposed to be funny) in preparation to liberate his cousin from the city.  When Norman invades the city he battles the two last remaining U. S. Army soldiers and their battleforce of robot cars; Tresa is still alive, soldiers having kidnapped her for use as a sex slave.  Norman also learns the cause of the apocalypse, a race war which saw a cataclysmic exchange of fire between satellites and ground installations.

Norman brings Tresa out of the city, but she has changed.  Not only did the soldiers' surgical robots fill her breasts with silicone, but contact with the military and with urban decadence has turned her into a saidst who is sexually aroused by violence and a slacker who refuses to work the subsistence farm with the rest of the tribe.  The sweet and innocent Tresa is gone, and Norman considers killing her to expunge the tribe of her corruption (this resort to violence a reflection of his own corruption.)

Acceptable; the story moves at a brisk pace, gives you lots to think about, and the jokes, while not exactly funny, are not annoyingly poor.  According to isfdb, O'Neil has written several novels and over a dozen short stories; most of them seem to be about DC Comics characters.

*Norman is a good name for writers to give an "everyman" character because it sounds a bit like "normal" and "no man."  Ray Davies named the mentally ill office worker in The Kinks Present a Soap Opera "Norman," for example.

A lame gimmick story, less than two pages.  God is just like a short story writer: he creates planets and tries to sell them, does hackwork to make ends meet, gets depressed and turns to booze.  Earth is a planet he has been unable to place; while under the influence of a hangover he revises the Earth, adding humankind--the joke is that human beings are terrible because God made us when he was out of sorts!

Toomey is credited with a single novel at isfdb as well as seven short stories.  "The Recreation" would later appear in 100 Great Science Fiction Short Short Stories, a book I borrowed from an Iowa library a few years ago.

Carter has eleven short stories listed at isfdb.  In 1977 Columbia University Press published a nonfiction book he wrote about SF magazines which looks like it is probably pretty cool.

"Constitution in E Flat" is set in a future United States overtaken by authoritarianism and decadence. The air outside is too polluted to breathe without nose clips or some kind of filter mask, and the US is involved in a world war on a broad front in Latin America and Africa.  This story takes place in a  noisy club where there are go-go dancers and all manner of drugs are for sale; a composer has set the text of the Constitution to music, and at the club is meeting two government representatives and the head of the Musicians Union to discuss the new composition.  (This is apparently a fantasy world in which people still care about symphonic music.)  One of the government guys expresses skepticism about the composition, and then the other one has him arrested on the pretext that this is evidence of insufficient patriotism.

I guess this story is supposed to remind you of Soviet Russia where government officials are always stabbing each other in the back and art is under the control of the State (the government guy who is not arrested has a sort of Russian-sounding name, "Rikhoff"), and suggest that the American people are becoming deracinated, divorced from their political and cultural heritage (in the final lines a singer sings "Ave Maria" in Latin but nobody in the club understands the words.)  This sounds like the basis for an interesting story, but something about Carter's style made my eyes glaze over and I kept forgetting which authority figure was which; I don't know, maybe it's me.  Merely acceptable.

"One Ordinary Day, With Box" by Kathleen Sky

As I think I have mentioned before, Gerrold's introductions for stories in Generation by women come off as sexist by today's standards.  In his intro to "One Ordinary Day, With Box" he tells us that there is "certainly" no woman in the world sexier than Sky, and then shares his theory on what a "truly liberated woman" is: "not one who has forsaken her femininity, but one who has accepted it and wears it without falsity."

(For some reason Gerrold refuses to provide us readers any insights into the earthy masculinity and raw sexual magnetism of Gene Wolfe and Barry Malzberg.) 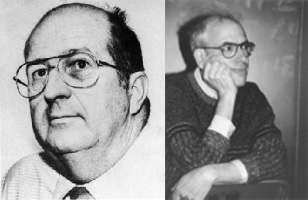 isfdb tells us that Sky has published five novels (two of them about the trials and tribulations of the crew of the starship Enterprise) and eight short stories, two of them collaborations with her husband (from 1972 to 1982), Stephen Goldin. 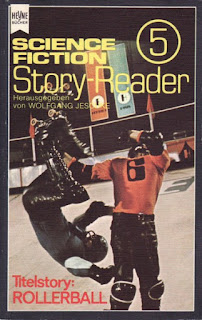 "One Ordinary Day, With Box" is an acceptable Twilight Zone-style story.  A greyish man carries around with him, from town to town, a light but bulky black box.  It contains, we are told, not what people want, but what they need.  For example, when a wretched drunk reaches into the box he gets a healthy sandwich (not the cash he wants) and when a boy-crazy teenage girl reaches into it she gets birth control pills.  People, we learn, always reject what they truly need.

This is a good enough premise, but the ending is a little weak.  When the greyish man reaches into the box himself, he just gets another box (the original collapses.)  "One Ordinary Day, With Box" was translated into German for Science Fiction Story Reader 5, and also appeared (like Roger Deeley's The Shortest Science-Fiction Story Ever Told, also from Generation) in Reflections of the Future: An Elective Course in Science Fiction and Fact.

"The Porter of Hell-Gate" by Joseph E. Pumilia

We've actually encountered Pumilia before here at MPorcius Fiction Log, when we read "Hung Like An Elephant," which Pumilia co-wrote with Steven Utley.  That story was also purchased by Gerrold and Goldin, for Alternities.

"The Porter of Hell-Gate" is about an immortal creature of pure energy who guards one of the spots where the different universes touch; if energy should leak from one universe to another then chaos could result, stars dying or exploding, the laws of physics breaking down, etc.  The Porter has to fight evil energy creatures who want to break into his universe and cause mayhem, and he faces his greatest challenge when a female energy creature seduces him and tricks him into opening the gate.

This is one of those stories that isn't actually bad, but just sits there.  Acceptable, I suppose.

This is one of those stories in which Death is an elegantly dressed man who walks with a black walking stick and drives a black Rolls Royce, who comes to you when your time is up and drives you to the train station to get on the train to the afterlife. Are there a lot of people who actually like these kinds of stories?

My mother used to tell us kids that the Santas we'd see in stores and elsewhere were Santa's helpers, and in this story there are numerous representatives of Death driving around in black Rolls Royces, each with a schedule to keep.  The Death in this story was a normal person horrified of death who joined the "firm" at the age of 19 because such a position confers immortality.

Today he is collecting an old woman reputed to be a witch.  She too, he learns, made a bargain to gain immortality and wisdom, many, many, years ago, but then gave up immortality to return to the mainstream of human life:


"It eventually occurred to me, my dear, by virtue of that wisdom gained at such cost, that I was imprisoned.  Trapped....As long as I never aged, I never learned the lessons of age.  I never developed....I became inhuman...."

This is a sentimental story with lots of descriptions of the witch's beautiful eyes and a long scene in which Death cries and so forth.  I'm kind of shrugging it off, but I suppose some will find it moving and find the story's argument, that being immortal would be lonely and unfulfilling, comforting in a sort of sour grapes way.  Acceptable.

The "C." in C. F. Hensel is short for "Christina," and in his intro Gerrold tells us Hensel is "sexy" and "feminine."  Hensel has three stories listed at isfdb; the other two are collaborations with Stephen Goldin.

All six of these stories feel like filler.  Too bad!  In retrospect, compared to the rest, the O'Neil feels ambitious, full of allusions and social commentary, while the Toomey looks even more like a lazy piece of junk.

In our next episode I will read the two James Tiptree Jr. stories to be found in Generation, and then I can proudly say that I have read every single story in the collection.  (I read Stephen Goldin's "Stubborn" back in late 2014 when I was flipping through 100 Great Science Fiction Short Short Stories.)  Stay tuned!
Posted by MPorcius at 9:36 PM