Science Fiction and Fantasy from Playboy: Bradbury, Bloch and Brown

Let's continue our look at the 1966 collection The Playboy Book of Science Fiction and Fantasy.  Today we'll be looking at stories by Ray Bradbury, Robert Bloch, and Fredric Brown that first appeared in Hugh Hefner's iconic magazine. 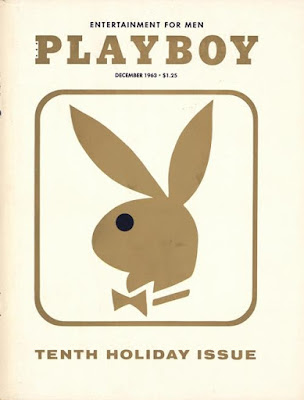 Word on the street is that Ray Russell edited The Playboy Book of Science Fiction and Fantasy (for whatever dumb reason the text just credits "the editors of Playboy.")  In his intro to "The Vacation," Russell pours the praise for his fellow Ray on incredibly thick, telling us "The name Ray Bradbury is synonymous with science fiction" and that Bradbury "singlehandedly" lifted SF "out of the shady demimonde of the pulps, into the respectable world of literature."  I think Bradbury is great and think he deserves most of the accolades he has received, but talk about debatable propositions!  (And again we see Russell's hostility to the genre magazines so many of us adore.  Maybe this is a reflection of the snobbery that was part of the Playboy brand?)

An unnamed man and his wife live in an unnamed city with their son Jim.  The father is a professional, every day putting on suit and tie and commuting to his office.  Mom and Dad are sick of city life, of keeping up with the Jonses, of their friends who aren't really friends, and the newspaper headlines reflect news so bad that they wonder if God is going to eliminate the human race and start over.  One evening the couple wish the human race would just disappear (except them and Jim, of course), and when they wake up the next morning their wish has come true!

The last family on Earth acquires a gasoline-powered handcar and the three of them happily set out exploring America by rail, but will they be happy with the world all to themselves, a world that presents no challenges or responsibilities, on what amounts to a thirty-year vacation?

Bradbury is a poetic sort of writer, and the story is full of brief but evocative descriptions of sounds and smells and sights, verse-like lists of cities and plants and animals, you know what I'm talking about:


They had awakened to the soft sounds of an earth that was now no more than a meadow, and the cities of the earth sinking back into seas of saber grass, marigold, marguerite and morning glory.

"No.  Let Jim be the last.  After he's grown and gone let the horses and cows and ground squirrels and garden spiders have the world."

Bradbury sets most of the story on a stretch of rail on a Pacific beach, giving himself a lot of sights and sounds to work with.

A good piece of work, but this is what we expect of Bradbury, there's nothing really eye-opening or surprising about it. 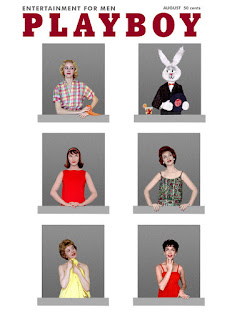 The head of the University's School of Dentistry invents a truth gas and flies over the city, dumping the gas on the citizens so that everybody is compelled to be frank and truthful.  A journalist figures out why everything is going haywire--marriages are breaking up, politicians are resigning, a labor union leader has committed suicide, etc.--and is on hand when a storm brews up and the dentist's plane crashes.  The inventor is killed, but the journalist recovers all the guy's supplies and documents intact--the journo can, should he decide to, continue the inventor's work!  The reporter confides in his editor, telling him his plan to spray the gas over Washington and Moscow, arguing he can end war this way.  The editor discourages him, arguing that if people never lied and couldn't keep their true opinions to themselves chaos would result and our whole society would collapse.  The editor makes the journalist promise to forget the whole scheme, but the reporter's promise is a lie. 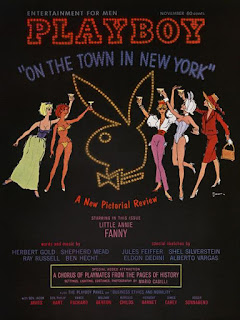 In his intro to this one Russell says that Brown composes his novels in his head while riding Greyhound buses cross country.  A cool story if true!

Strangers come out of the desert to the tiny town of Cherrybell, Arizona (pop. 42, says the sign), a man leading a burro and, on the burro, a bizarre figure, a "man" blue and red and skinny and nine feet tall.  Brown entertainingly describes these characters, the town and its citizens, and how they all interact.  You see, aliens have been watching Earth for a long time, and are now giving us a final test to see if we are qualified to join the Galactic Union.  The final test concerns the level of Earthly xenophobia--will Earth people be able to deal with aliens, or, like a few of the many intelligent species in the galaxy, will they suffer an irrational hatred or fear of the alien that renders them unable to get along with the other members of the Union?  The aliens' test, as the story's title hints, includes quite a bit of trickery.

I'm a little tired of trick ending stories, but this one isn't bad.  Judith Merril (whom Ray Russell praises in the microaggression-filled Preface to The Playboy Book of Science Fiction and Fantasy as "a first-rate writer- anthologist," an "exception that proves the rule" that science fiction and fantasy are mostly written and enjoyed by men) included "Puppet Show" in the eighth volume of her famous Year's Best SF series of anthologies.  Merril and Brown both have names I commonly misspell, and Brown's name is actually misspelled on the cover of the British edition of The Year's Best SF 8, which is confusingly titled The Best of Sci-Fi 4.  See, we all make mistakes! 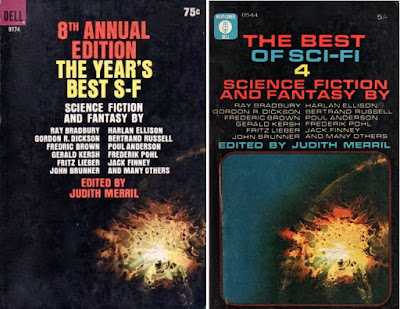 More SF from Playboy by famous names in our next episode!
Posted by MPorcius at 11:14 AM