Day by Night by Tanith Lee

"However, you know, I never trust a machine to think a thing all the way through.  How should I?  Did you hear, there's another piece to the Klave?  I mean, apart from the Subterior?  A lovely location, by all accounts, full of warmth and light and entertainment.  And princes live there.  They live in palaces.  They eat sweets and lie on silk and fight simply for pleasure.  Would you believe it?  It's so.  And that being the case, and the machines keeping it the case, us here, them there, you'll comprehend, your elegance, why I don't trust a machine always to be right." 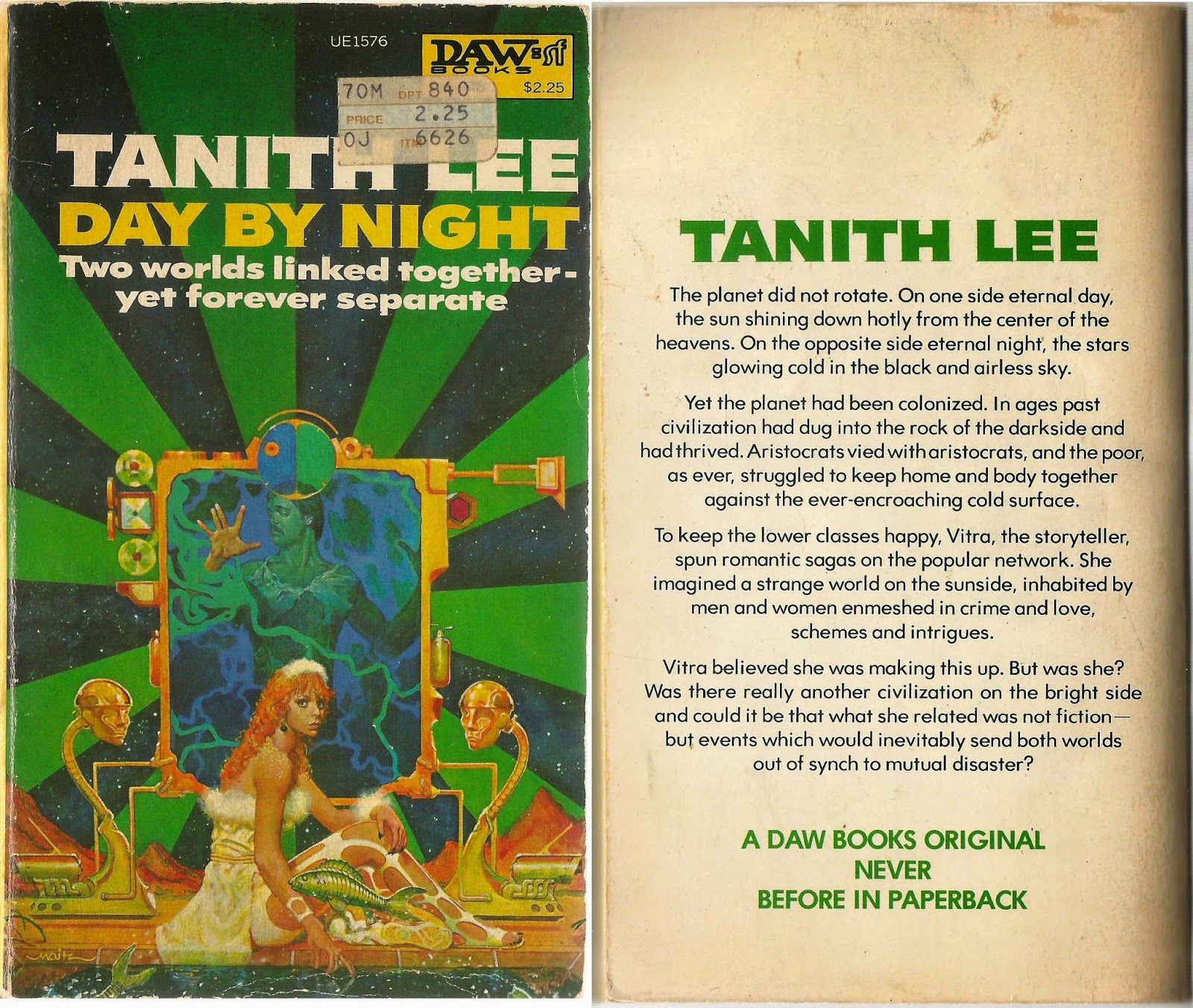 I've been an enthusiastic fan of Tanith Lee's work for a while, so when I saw DAW No. 408, Lee's 1980 novel Day By Night, at the Half Price Books in Omaha, I snapped it right up.  I like the cover by Don Maitz a lot--the colors, the idiosyncratic faces of the depicted man and woman, the way it combines both detailed realism and decorative symmetry.  I also really like the evocative frontispiece by Lee herself.  So, I love Day by Night as a physical artifact; does the text also deserve my adoration?

The Klave is a subterranean city on an alien planet colonized by humans so many thousands of years ago that the knowledge of how to construct and maintain the computers and robots that keep society going has, apparently, long been lost. The Klave is split into two parts, geographically and socially: in the Residencia live a small number of decadent aristocrats in those few fine homes whose technology still operates; in the Subterior toil a vast number of workers who supply the raw materials used by the ever-dwindling number of robots that keep life on the barren planet possible.

The computers make nearly all important decisions, as a minor character notes:


“We’re fashioned from our parental genes in the computers’ genetic matrixes. Our names are chosen by the computers when we’re delivered to our parents at birth. We’re raised and nursed and tutored by robots. Thereafter our security rests on mechanical diligence.”

From among the aristocrats the computers select Fabulasts, individuals with creative ability. The Fabulasts, via computer workstations, create dramas known as Fabulisms, which are somewhat analogous to TV or films, but with a powerful hypnotic component, that entertain the masses in the Subterior, mesmerizing them during their hours off. One of these Fabulists, a beautiful woman (and the subject of Lee’s woodblock-style frontispiece), Vitra of the house of Klovez, drives the plot of the novel (or so it initially appears.) 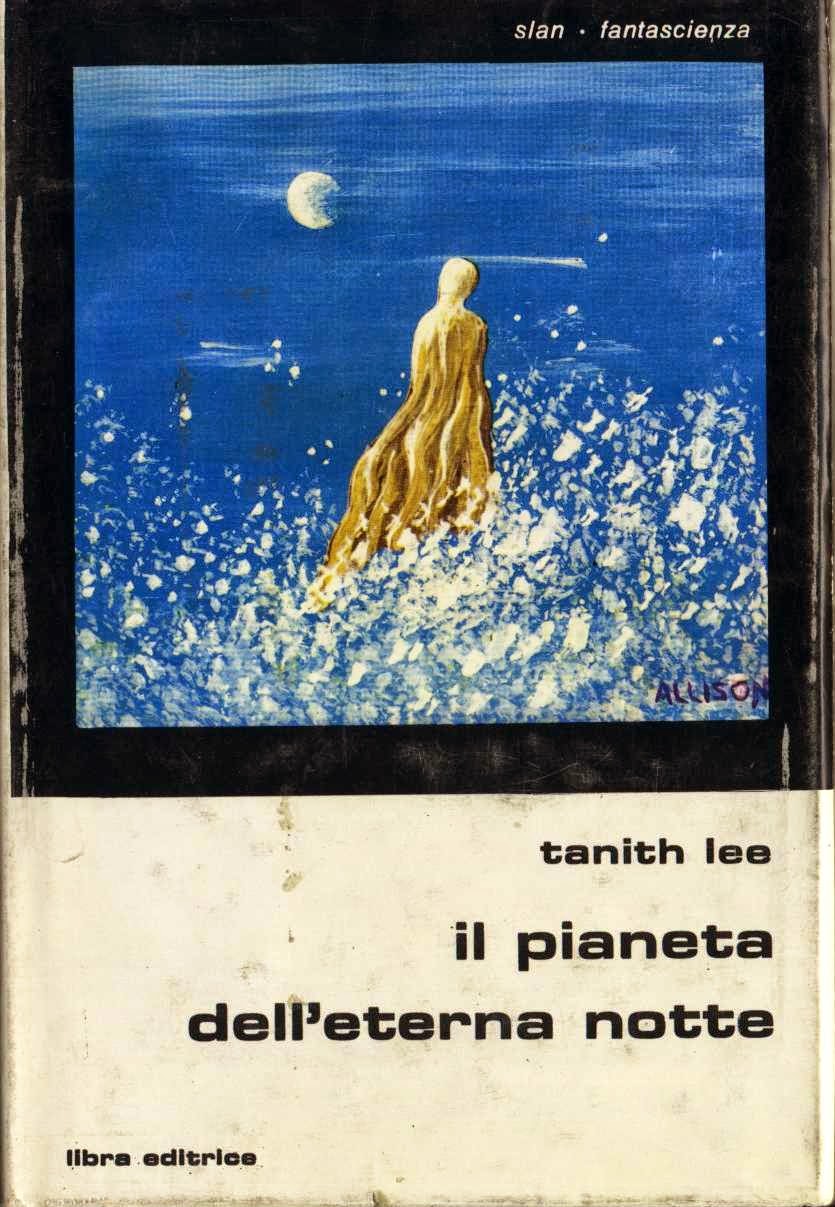 The planet into which the Klave is dug always shows the same face to its sun; the Klave lies under a barren airless waste whose sky is eternally black. The setting of Vitra’s Fabulism is the other side of the planet, which endures an endless day.  The society there, called the Yunea, is a sort of caricature or mirror image of Vitra’s own life in the Klave; the people there live on the surface, the Yunean aristocrats living in palaces and hunting mutant antelopes and lions on the sun-scorched veldt while the masses of the poor toil in "Slumopolis."  Most of Day By Night has us following the melodramatic schemes and relationships of the aristocrats in each of these two worlds, as they try to seduce, murder, and exact vengeance on each other. Throughout the novel, what goes on in the worlds of Vitra's life and Vitra's "fiction" influences what occurs in the other.

One of the most prominent of the characters in the novel is Casrus, of the aristocratic house of Klarn in the Klave, the only aristo to show any compassion for the toilers of the Subterior.  Casrus has a strained relationship with his fellow aristos, and rejects Vitra's amorous advances. When house Klovez’s technology fails, threatening to reduce Vitra and her effeminate brother Vyen to a life of penury, they are inspired by events in the Fabulism Vitra (thinks she) is writing to engineer an elaborate scheme to frame Casrus. The Klovez conspirators convince the computers that handle all law enforcement in the Klave that Casrus tried to rape Vitra, and, as damages, Vitra and Vyen are given house Klarn, with all its operational technology, so they can continue their easy, comfortable lives. As punishment, Casrus is sent into the bleak Subterior to labor.

Similarly, in Vitra's drama, an aristocratic woman of the Yunea, Vel Thaidis, is framed for a crime and sentenced to life in Slumopolis.

In the final quarter of the 300 page novel Casrus escapes the Subterior and Vel Thaidis escapes Slumopolis, and they both find their way to a complex on the planet's terminator.  There they (and we readers) learn that Vitra has not in fact conceived of the Yunea; her Fabulism is a true history of events on the sunny side of the globe, and is being transmitted to her brain, and thence to the Fabulism screens of the Subterior. The entire planet is being run by a diabolical brother and sister with god-like powers as a complex game; they have been engineering the economics, politics, and feuds on both sides of the planet, including Casrus's and Vel Thaidis's unlikely escapes and journeys to the same exact point in the twilight zone, for their own amusement. 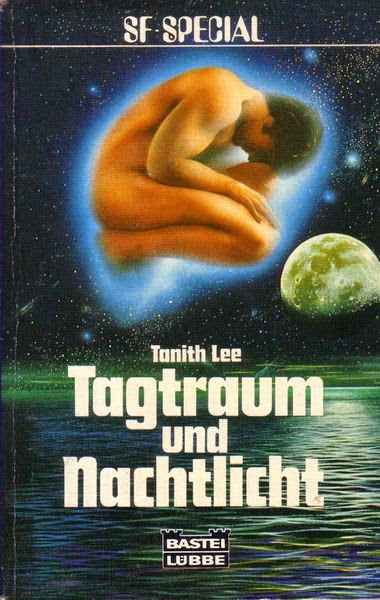 This is a pretty cynical book.  The aristocratic and proletarian characters all conform to the worst stereotypes that a middle-class person might have about the idle nobility and the brutal undeserving poor.  Almost all the characters are radically selfish or calculatingly malicious, while those who do good deeds go unrewarded and characters who start off relatively decent are corrupted by contact with evil characters and their horrible circumstances.  Finally we learn that the entire population of the planet has no free will--they are just pawns in a game, so their lives and deeds have no moral meaning.  There are many references to religion in Day by Night, some overt (male aristocrats are said to be worshipped as gods by the women they choose from among the poor to be their mistresses, and the brother and sister who run the planet are called "gods") and others sly (the complex on the terminator where one man and one woman reside among beautiful flora is a sort of Garden of Eden, and after Casrus leaves the Subterior he begins to be seen by the workers as a sort of messiah figure), and most of these references suggest gods are either indifferent towards the mortal, or take pleasure in cruelty towards them.  Lee's depictions of government and technology are obviously not very positive, either.

Day By Night has virtues--Lee has a good writing style and the worlds she creates here are picturesque and compelling-- but it has problems, and I can only give it a lukewarm recommendation.  I think it is fair to compare Day by Night to The Silver Metal Lover, which I adored, and which appeared the year after Day by Night.  The characters in Silver Metal Lover felt like real people, and I had sympathy for them. The characters in Day By Night are a bunch of jerks, and even before I knew they were puppets on strings they felt a little broad and over the top, with motivations that were not quite clear.  When the protagonist of The Silver Metal Lover fell in love with a robot and then tried to commit suicide when the robot was deactivated, it pulled at my heartstrings, but when these creepos are plotting to stab each other in the back I didn't care who ended up with the estate or in exile or dead.

Another problem is length; Day by Night is long, and it feels long.  I felt like every scene in The Silver Metal Lover was adding something to the plot or tone of the book, was making me see or think or feel something.  Day by Night seemed to drag at points.  For one thing, I found one of the worlds more interesting than the other, and while reading about Yunea I was always hoping to get back to the Klave ASAP. Also, I was frustrated that, after Casrus and Vel Thaidis got to the Eden at the terminator where they could control the world and its inhabitants, we never saw them again, but returned to the Yunea and the Klave for 50 more pages of vengeful aristos tricking and trapping each other. 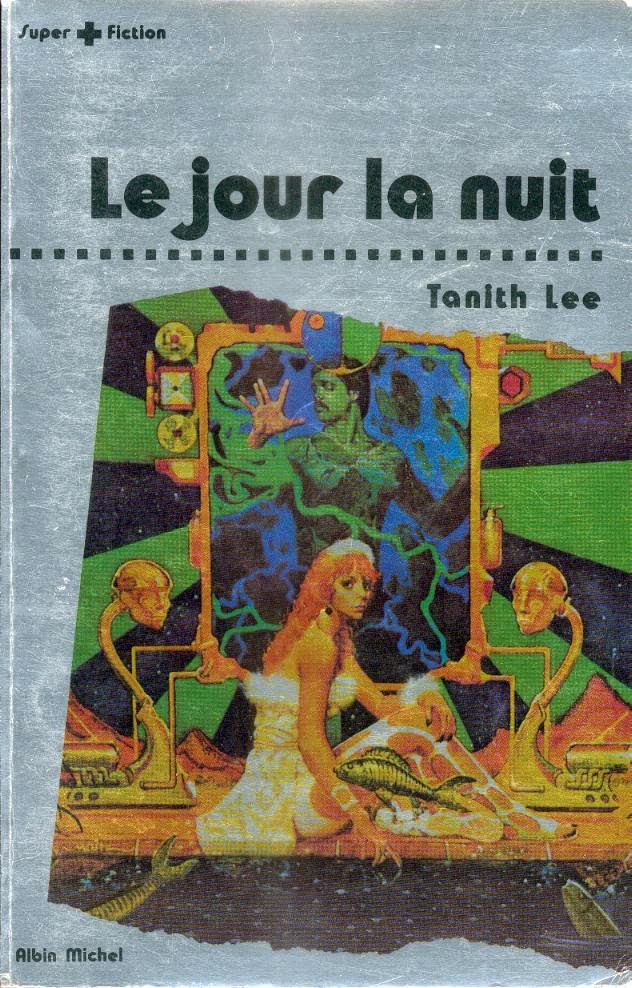 You probably know this already, but I guess I will note here that Lee isn't the kind of science fiction writer who writes things designed to appeal to people who read SF because they are interested in science.  For example, in Day by Night, the gravity in the Yunea and the Klave seems to be perfectly normal, and goes unremarked upon.  But when Casrus goes to the barren airless surface of the dark side of the planet we are told that there is no gravity there.  I suppose the gods could have eliminated the gravity on the dark side surface for dramatic reasons, but this feels like an oops.

If I was charged with making the case for why you should read Day by Night, I would say it is a meditation, by Lee, a prolific writer of speculative fiction, on what it is like to create a fictional world and its inhabitants. Like a deity, the writer invents a milieu, and then takes pleasure in creating/following the adventures of its inhabitants.  Writers, of course, famously people their fantasy worlds with doppelgangers and caricatures of people they know, and include people and plots that represent themselves and their hopes and fears, and this is exactly what Vitra thinks she is doing with her Fabulism.  Day by Night also reminded me of my days as an AD&D-obsessed teenage DM, when I spent countless hours creating and playing in fantasy worlds with my brother.  The "gods" in Day by Night not only manufacture and populate the Klave and the Yunea, but by projecting their psyches into bodies there, participate in their intrigues and escapades.  Just like an RPGer, the gods can enjoy their own deaths safely, because when their bodies are wrecked their psyches fly back to their bodies in the twilight zone.

I had hoped to enjoy Day by Night as much as I did The Silver Metal Lover, but in the event the experience was more like reading The Storm Lord.  Not bad, but not spectacular.  My next Lee will be Don't Bite the Sun, which looks to be more concise and which I hope will be as masterful as The Silver Metal Lover and such short fiction pieces as "Yellow and Red" and "Magritte's Secret Agent."
Posted by MPorcius at 9:25 PM